Tony's Forends and Grips
Thanks again for visiting my website. Let me tell you a little bit about myself. I have been interested in guns and shooting since I was old enough to look at the pictures in Outdoor Life. This has led me to meeting some great people, hunting some awesome animals in places I never thought possible growing up on a small dairy farm in northern Minnesota. 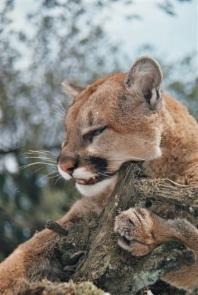 I started handgun hunting in the late 1980s with a Ruger MK II .22 caliber target pistol with a 2x power Leupold scope. I used this set up for several years to take grey squirrels, rough grouse and raccoon's. (Note: There is nothing unsporting about shooting grouse on the ground-when using a pistol).
I got involved in a local pistol club and started league shooting. I found out just how important it is to use the same grip for each shot. By changing the grip the group could and usually would move on the target.

When I was unable to find grips that fit my hand I made my own-out of bondo! They sure didn’t look that great but they fit my hand and I shot well with them. 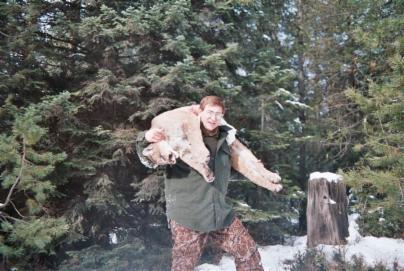 In the early 1990s I bought my first T/C contender with a 14” 30-30 barrel. I used this set-up with various scopes to take white-tail deer and a black bear. A .22 cal match barrel and a .223 followed. I used the .223 on a mountain lion in Idaho. What an exciting hunt! I also used the .223 on a antelope hunt in Montana. The wide open spaces with little cover for stalking got me thinking of a handgun with similar reach as the .223 but with more long range punch. 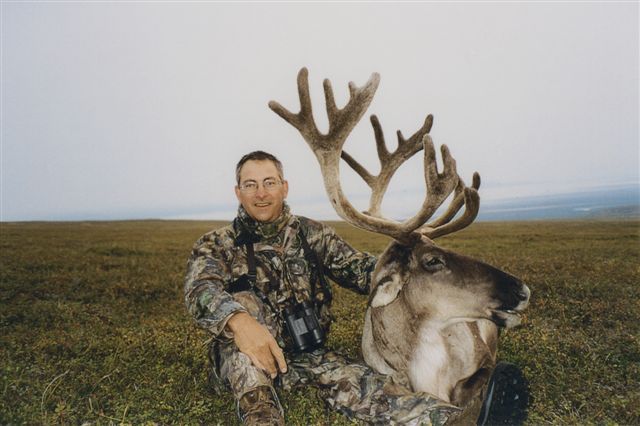 A 15” 7mm-08 Encore was soon in my possession. I used this with great satisfaction on white-tail deer and took it to Alaska to take a bull caribou - not a huge one, but to me a trophy just the same. Now that is a hunt everyone should do twice, (I have done it once-so far).

In ’05 I took the 7mm-08 Encore again to Alaska. This time to hunt dall sheep. It was during the shooting sessions prior to the sheep hunt that I knew something more was needed for long-range accuracy. I recorded over 1000 rounds fired in practice sessions that spring and summer at ranges out to 350 yards. Much of this was in the prone position using my backpack as a rest. As the range increased it became obvious the backpack was a marginal rest. The point of impact would change with the firmness of the pack and the shape of the forend did not help matters. 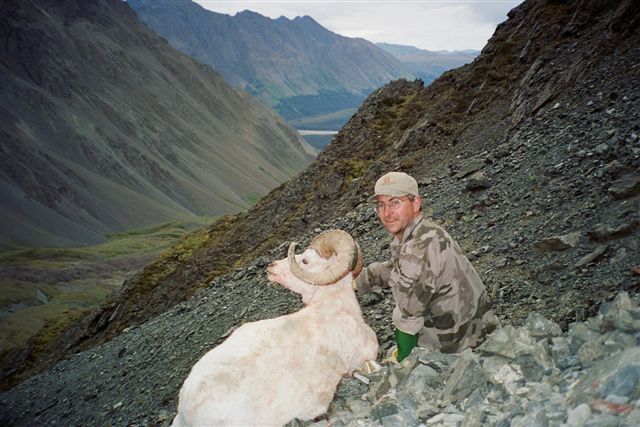 Following the sheep hunt, where I did take a nice ram at a ranged 242 yards with one shot, I continued searching for what was missing to help me get that long-range shot placement predictability I knew the gun was capable of.

This led me to the forend designed by Neal Cooper. What impressed me about his forend was not that it was good looking (which it certainly is) but in how it performed.

After some shooting sessions with Neal's forend, my best group size did shrink, but what I really noticed was those “flyers” were not going so far out of the group, which resulted in my average group size becoming more consistent. This was farther enhanced when I started using a bipod more regularly. No, the forend and custom grip did not turn my handgun into a laser guided missile launcher, but predictable shot placement became more consistent with a variety of rests.

In the spring of 2007, Neal Cooper asked if I would be interested in making the forends so he could focus on upcoming projects. It didn’t take me long to get interested. With countless hours of coaching from Neal, I now have included grips and buttstocks and a expanding line of wood choices that I hope you find will enhance your shooting enjoyment as much as they do mine.

Thanks again for visiting!

Be sure to include your phone

number with e mails as I have